skip to main | skip to sidebar

The Puppy and The Pea, or, How To Make A Dog Bed 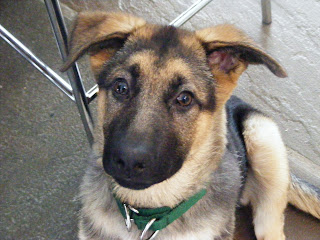 This was Ulrich a few months ago. 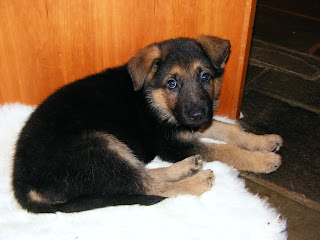 He's adorable, this is fact.


However, despite his clear future as a doggie model and heartbreaker known the world over, Ulrich is not allowed on the furniture.

And he's usually pretty good, but at certain vulnerable times -- like, when P is distracted by the computer or A first gets home from boarding school for a long weekend -- Ulrich will sometimes try to take advantage of the situation. He gracefully leaps onto the down-filled couch, with total disregard for its pristine WHITE upholstery, and curls up into as tiny a ball as he possibly can, which at this point isn't too small. He then puts his head on his paws and looks up at any passerby with the pleading puppy-dog eyes that say, "Oh, but you just wouldn't disturb me, would you? I'm so cute and comfortable."

It is a trial, let me tell you, to break through the shield of cuteness and exile him to the stone floor. It just wasn't right.

So, in search of a compromise, I grabbed my sister and headed to Petco in hopes of finding a big fluffy dog bed that would somehow soften the harsh realities of puppyhood.

Have you gone dog-bed shopping recently? WHAT IN THE WORLD IS WRONG WITH THESE PEOPLE?

Turns out, we had some pillows hanging around the house which had seen better days, and the $1 a yard cloth bin at Walmart yielded some fairly non-hideous fabric. 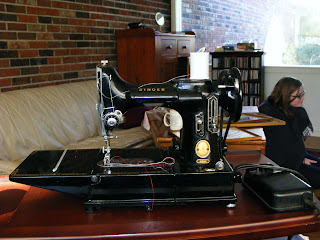 There is also a child in that photo of my sewing machine. She lives here, eats my food and keeps referring to me as her "stepmom". Weird. She's spending quality time watching "Millionaire Matchmaker." See, we only allow the viewing of high-quality television around here. It's edu-tainment or nothin'. 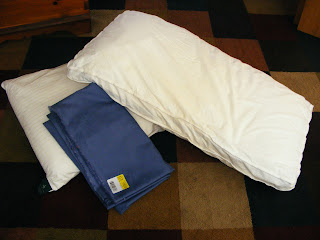 1. Choose what size you want your dog bed to be, and trim the fabric to near that size. It could be a circle or a rectangle or whatever. If your fabric has an obvious "outside", then make sure to line up the top and bottom pieces of the fabric with the "outsides" touching each other. That way when you turn it inside out, it's actually right side out. Get it?

2. Gut all your extra pillows. I learned in this process that the insides of pillows are actually rolled up fluff, like a swiss roll. Mmm...delicious.

3. Sew up most of the fabric sides, leaving about a foot unsewn. Turn the whole thing inside out so that the seams are inside and it's like a big pillowcase. Stuff it with the fluff. Sew up the stuffin' hole. 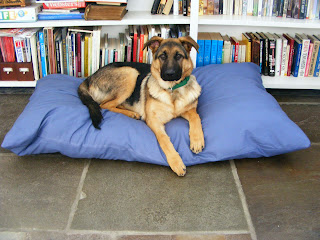 Wishful Thinking
I'm a twenty-something stepmother to two older kids, I have two babies and a darling husband. I love to cook, work at fundraising, try to garden and fail to juggle it all most of the time. I'm in the process of making a lovely home despite the daily trials of, well, dailyness. We have two cats, a dog and a courtyard garden.